The Festival of Tolerance dedicated to Korczak

In St-Petersburg, Russia, the yearly Festival of Tolerance was dedicated this year 2008 to the 130th anniversary of the birth of Korczak. The report by Irina Gurvich (Korczak Association in STP).

The Festival of Tolerance dedicated to the 130 year anniversary of Janusz Korczak took place on November 12th – 14th in St. Petersburg, organizer by the Jewish charitable organization of St. Petersburg "Eva".

The festival was held with the support and direct participation of such organizations as:

We had a lot of excursions for schoolchildren and teachers. About 500 people attended the exhibition. 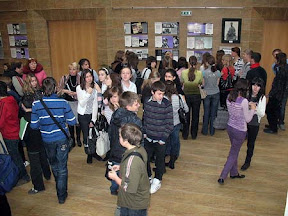 Аlla Gurvich, director of the Korczak Information and Cultural Center of Tolerance, told schoolchildren about Janusz Korczak, his personality, his books known in Russia, about his unique experience of raising orphans, the pedagogical ideas contained in books "How to love a child" and "The child's right to respect". The children learned about the major principles of Korczak's educational ideas and his life's main work - House of orphans. 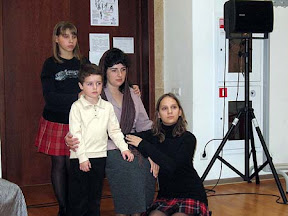 There also was a screening of the film "Korczak" by Andrzej Wajda, provided by The Korczak Information and Cultural Center of Tolerance.

The second day of the festival was a day of workshops for teachers of St. Petersburg schools - "The lessons of the Holocaust - the road to Tolerance", which was focused on such topics as: 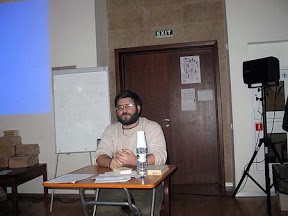 The host of the round table "Parenting in a spirit of tolerance" was Michael Epstein. He, along with Valery Puzyrevskim, held a seminar for teachers "Janusz Korczak and humanistic education".

The exhibition "The lessons of the Holocaust" has also been held by The Korczak Information and Cultural Center of Tolerance. The Center presented a lot of books, articles, photos and other materials.

Closing the festival ended with a solemn giving of certificates to the participants and organizers of the festival. We would like to note that such a festival markedly contributes to the raising the cultural level and the development of the Petersburg schools, universities, professors, students and schoolchildren.